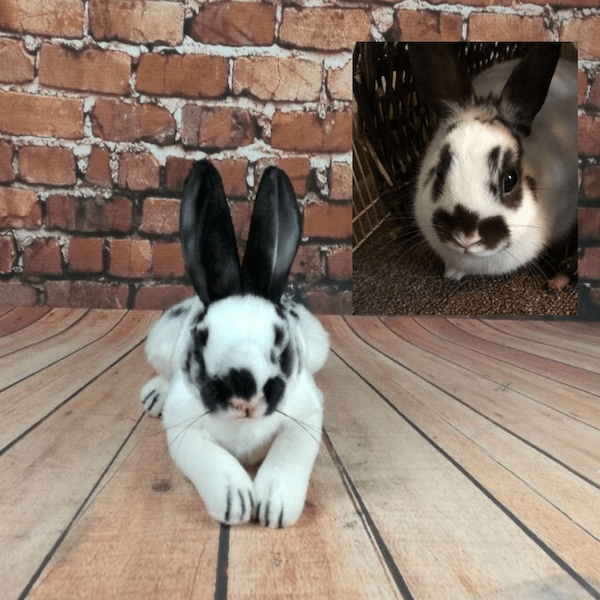 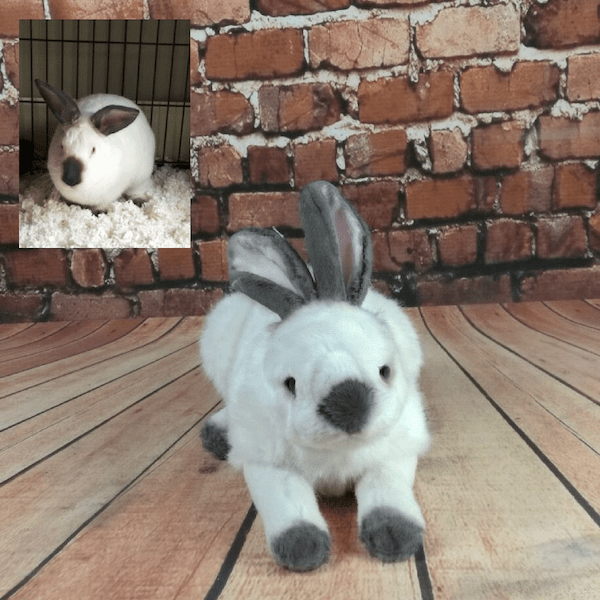 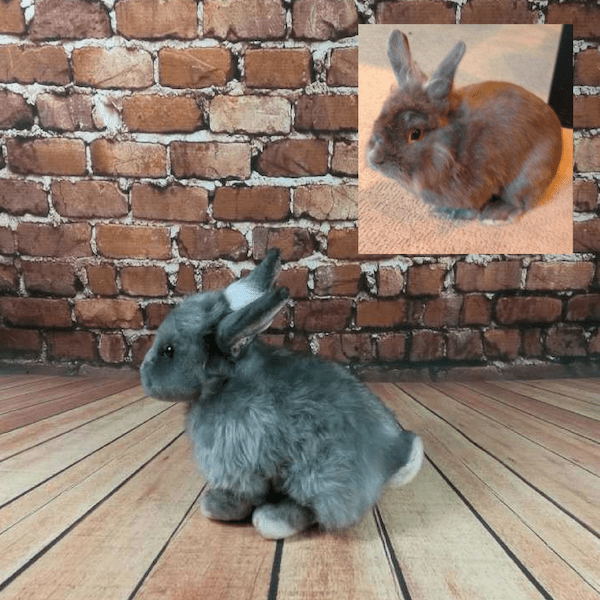 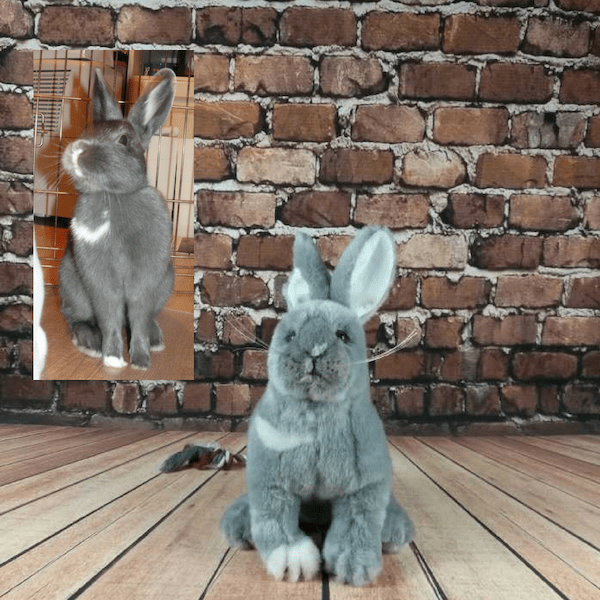 Simply send us a photo of your adorable pet Bunny or Rabbit, and we’ll create a plush stuffed animal that looks like them! Your personalized Bunny stuffed animal is custom made to mimic your pet's unique markings.

Do you have a pet bunny that you adore? Now, you can get a one-of-a-kind stuffed animal bunny lookalike of them! All you have to do is send us a few photos and our team of talented designers and seamstresses will create their mini-me, markings and all.

We specialize in all kinds of bunnies and rabbits breeds, from the Holland Lop to the Lionhead.

Sure, you could get a rabbit stuffed animal from your local toy store, but it doesn’t provide the same emotional connection as a 100% handmade custom stuffed version of your unique rabbit. Your rabbit stuffed animal will be with you forever and an excellent way to remember why you loved your bunny so much.

Reasons to Get a Custom Plush of Your Bunny

Population: Can you truly put a number on the rabbit population?  No Way! However, there are an estimated 709 million of them in the world.

Characteristics: Rabbits are furry with long ears, short tails, and strong longs.  They have extra long sharp teeth for gnawing which grow throughout their lifetimes.

Unique Talent: Rabbits have super powerful hind legs built especially for hopping.  Their 4 hind toes are long and webbed to keep them from going sideways when they jump.  Some rabbits can run 35-45 miles per hour!

History of Bunnies as Pets

When were Rabbits domesticated?

Rabbits were originally domesticated in the Middle Ages. In the 19th Century, they became very popular as pets in the United States.  The same thing happened in England in 1888 which became known as the “Belgian Hare Boom” where Belgian Hares were being imported from England.

Why were Rabbits domesticated?

They were used for food, fur, wool, research, and as pets. Rabbits are very intelligent, and as such, they make great pets.  They can even learn to follow voice commands!

How do Rabbits differ today?

Rabbits are becoming more and more popular house pets, with some houses being “rabbit-proofed” to make living more comfortable for them. In most cases they are even potty trained, where they know to “go” in a litter box.