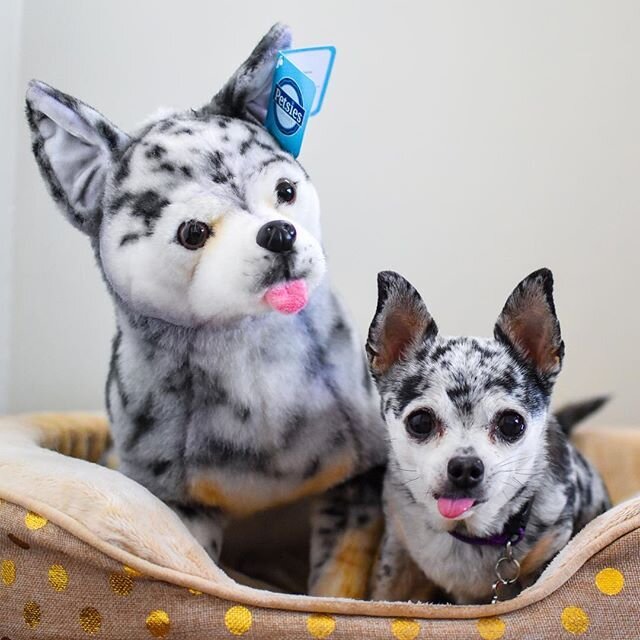 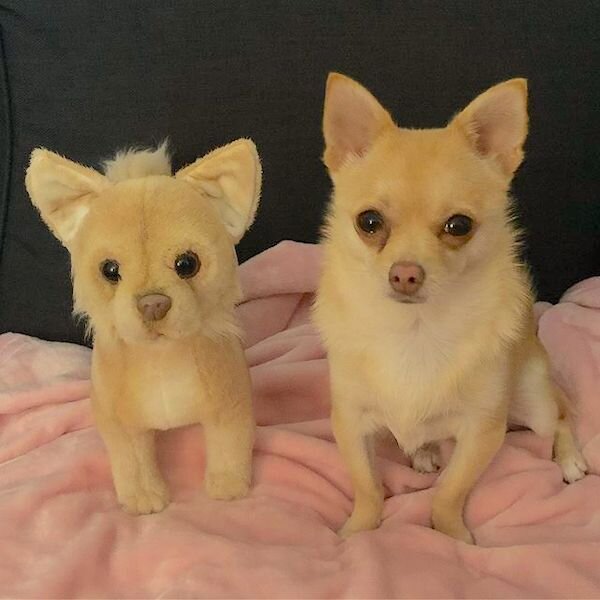 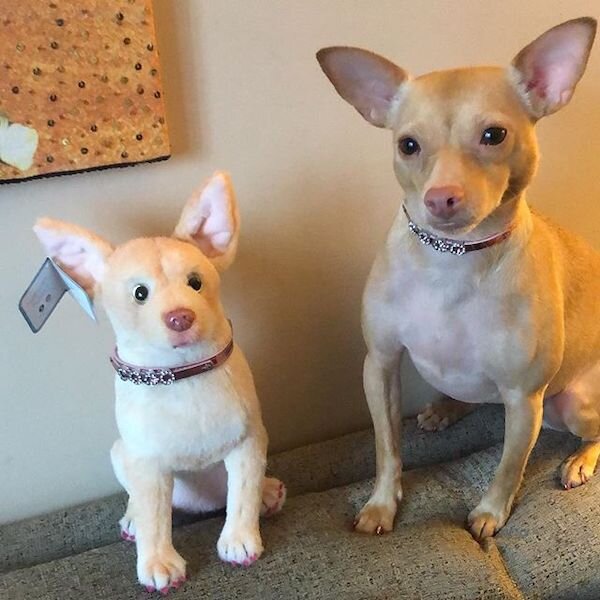 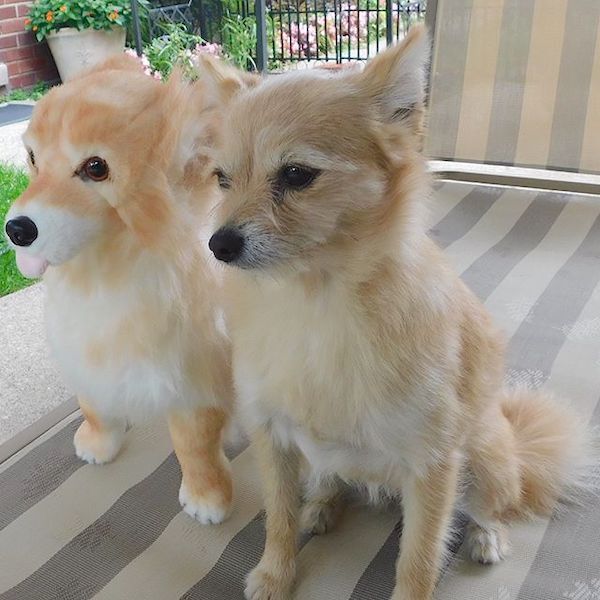 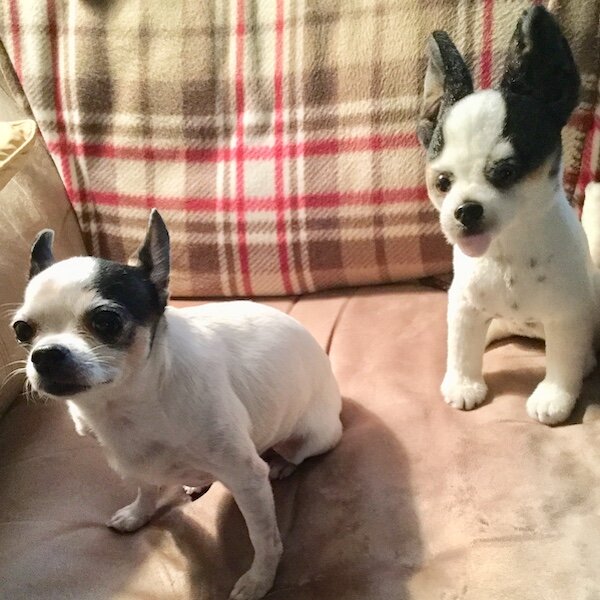 Simply send us a photo of your pet Chihuahua and we’ll create the ultimate stuffed animal lookalike. It will include all the details that make your Chihuahua so special.

Your very own Chihuahua stuffed animal will be so close to the original that you’ll swear you have two Chihuahuas on the loose. We take the sassy out for you, so at least one will behave! ;)

The history of the Chihuahua is uncertain, but many believe the breed came from Chihuahua, Mexico. There is evidence that points to a tiny dog that dates back to the 9th century. The artwork of this dog has shown up in artifacts, and many believe the Chihuahua is derived from the Techichi based on the resemblance of the two. The Techichi was a small silent dog found in Mexico that many stone carvings are based on from ancient Mexico.

Chihuahuas were thought to be the path to the afterlife. They could fight off evil spirits and guide the soul through the underworld. In the 1800s, in Chihuahua, Mexico, a series of ruins were found of a canine that is thought to have originated from the ancestors of the Chihuahua breed. Some were found in human graves, based on the belief that the sins of a human would transfer to the dog and evil would be thwarted.

Around the time of the 1850s, the Chihuahua was first brought to the U.S. from Mexico. Only the strongest survived the trip and helped to establish the breed in America. They were both long and short-haired varieties of the breed, and they became a popular pet for families.

The breed as it stands today is very different from its ancestors that were brought over from Mexico. They are highly-alert dogs with an intelligent nature. They prefer the companionship of people or dogs of their own breed. This made for an ideal pet for owners to love and the breed grew in popularity quickly.

Caring for Your Chihuahua

Health: Prone to eye problems such as corneal dryness and glaucoma. They can also develop colds, gum problems, and rheumatism. May gain weight easily.

The popularity of the Chihuahua is at a steady pace. It is the 30th most popular breed, and with its loveable characteristics, it has been a favorite of families for many years.