Send us a photo of your adorable Dachshund, and we’ll create a stuffed animal that looks just like them. We’ll be sure to include every minute detail down to their little legs and wagging tail in a lovable plushie that you’ll be able to squeeze as hard as you want.

With your very own Dachshund stuffed animal, you’ll be able to commemorate your Dachsie pet. This one just won’t hog all the covers! Your Dachshund pet may even get a little jealous of all the attention you give your new plushie pet – the ultimate Weiner dog. 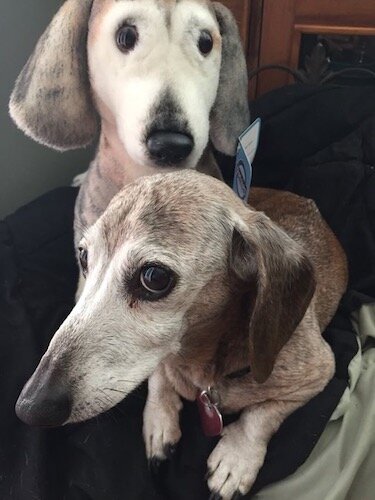 With your very own Dachshund stuffed animal, you’ll be able to commemorate your Dachsie pet. This one just won’t hog all the covers! Your Dachshund pet may even get a little jealous of all the attention you give your new plushie pet – the ultimate Weiner dog.

Nutrition and Feeding: ½ to 1 ½ cups of food daily

Exercise: Needs to be walked daily in addition to having playtime sessions

History of the Dachshund

Dachshund’s origins date back to Germany where it was known as the badger dog. The word Dachshund actually translates to this with “dachs” meaning badger and “hund” meaning dog in German. Here, Dachshunds would fend off badgers and boars as well as hunt foxes and deer, depending on their size at the time. Smaller Dachshunds were used to hunt rabbits and weasels during the same time period.

Throughout the 18th and 19th centuries, the Germans perfected the breed. They had hopes of developing a fearless dog with an elongated body that could fight a badger to death. The German foresters mixed the Dachshund breed with Pinscher and terrier. It is thought that French Basset Hounds were also instrumental in the development of the Dachshund.

In the 1800s, Dachshunds began to evolve as pets. They were the breed of choice for Queen Victoria and eventually lead to 10 lb. being dropped from their size to make them easier to care for pets. A miniature Dachshund was even bred to provide a smaller version yet of the breed.

The Dachshund breed was standardized in 1879, and by 1886 they made their way to the U.S. Dachshunds began to pick up steam in the early 1900s, when they had the most entries at the Westminster Kennel Club Show two years straight.

WWI was tough on the Dachsie, especially in the U.S. and the U.K because of their association with their native country Germany. Things became so bad for Dachshund owners in the U.S., many were branded traitors and had their dog stoned. Thankfully, these actions ceased after WW ended and Dachshunds found their way again. By the 1950s, Dachshunds were once again one of American’s favorite dog breeds and continue to be so today.

While the U.S. doesn’t use Dachshunds for hunting, they are very popular for this function in parts of Europe including Germany and France. Because of their nimble size, Dachshunds are the only dog recognized by the AKC to hunt above and below ground. They can go deep into tunnels looking for prey and are effective diggers. They certainly have the stamina to hunt as an active dog breed, and their keen sense of smell allows them to pick up scents easily.

The Dachshund was bred to be a fearless dog, much of which can still be seen in them today. They were designed to find prey and kill it, making it imperative that they have an aggressive nature when it comes to hunting other animals.

The AKC recognized the Dachshund in 1885.

The Dachshund has had a steady appeal in the U.S. ranked as the 13th most popular breed by the AKC. Its popularity does extend worldwide with regions such as Japan, the Far East, and Eastern Europe celebrating the breed. Dachshunds, of course, have immense popularity in their home country of Germany ranking 6th in the region for dog breeds.

Dachshunds are the cutest... They're just impossible not to love!