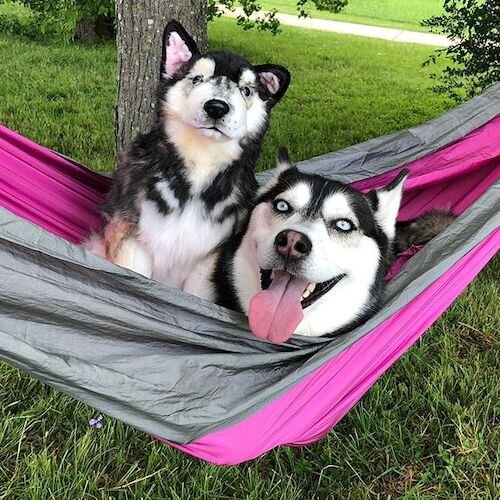 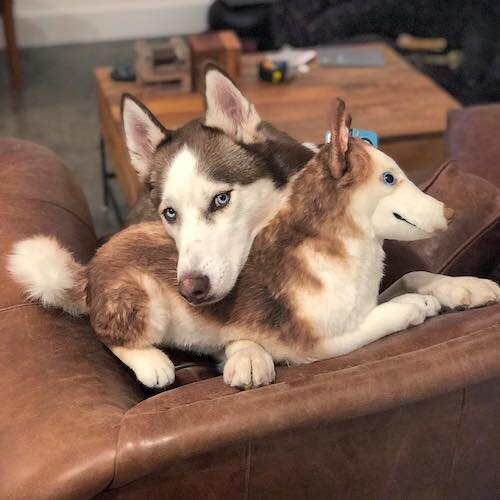 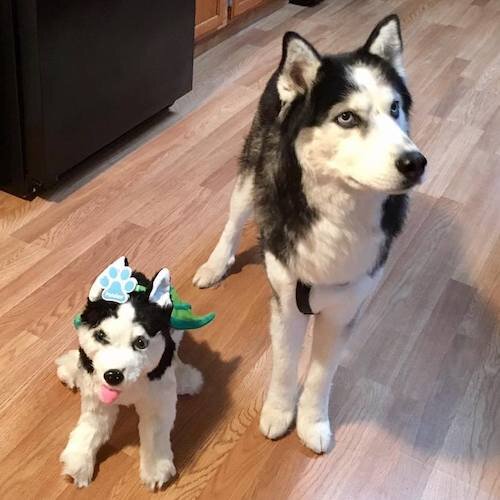 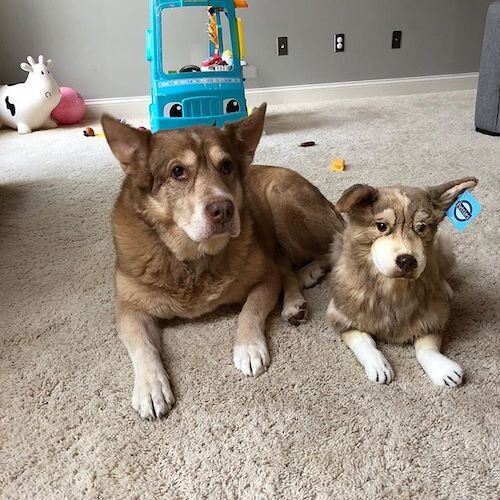 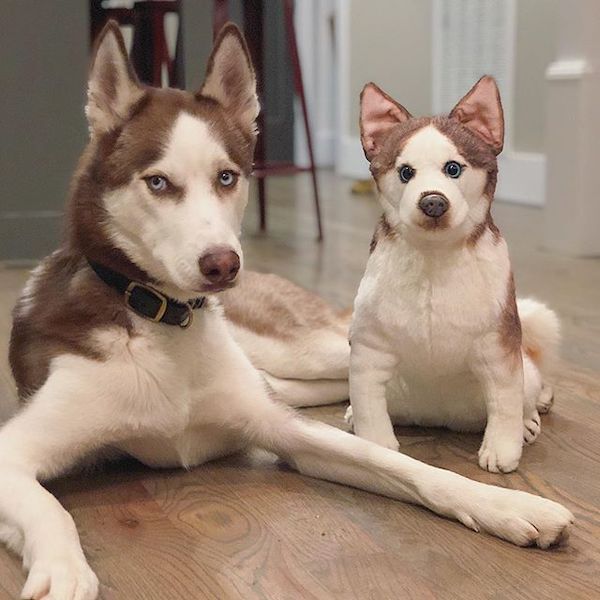 Just send us a picture of your Husky, and we’ll create a one-of-a-kind plush stuffed animal that looks exactly like it. We go to great lengths to get every detail just right from your Husky’s piercing blue eyes to their unique markings, so you’ll be able to have your very own personalized stuffed animal.

Your Husky plushie will look so much like your pet Husky that you’ll do a doubletake when you see it. The only difference will be no howling or singing coming from this plush pet! But, it's still ful of lovable and huggable. We promise!

Caring For Your Husky

Nutrition and Feeding: 1.5 to 2 cups of dry food daily. Divide into two meals.

Health: Prone to hip dysplasia, eye issues such as cataracts, and skin disorders

Caring For Your Huskies

Nutrition and Feeding: 1.5 to 2 cups of dry food daily. Divide into two meals.

Health: Prone to hip dysplasia, eye issues such as cataracts, and skin disorders

History Of The Husky

The Husky’s origins are believed to derive from the Chukchi tribe of Siberian nomads for which the Siberian Husky is named for. Chukchi means rich in reindeer, and that is exactly what the tribe was known for – herding reindeer. Huskies were essential to the Chukchi people as they provided a means of transport around the vast region and the gentle, hard-working spirit of the Husky made them the ideal work dog.

Huskies are considered among the oldest of dog breeds dating back as many as 3,000 years or even more. They were used by the Chukchi tribe for their transportation needs to interact with other Chukchi tribe members. They also acted as a family dog for the people and often slept with the children for warmth.

There is great mystery and legend about the Husky breed as it is part of the Chukchi legend that two sled dogs guarded the gates of heaven. These dogs have the power to reject anyone that was cruel to dogs during their lifetime.

In 1908, the Husky was brought to Alaska and used as a sled dog during the gold rush. Huskies are notoriously good runners and can survive on very little food with abundant amounts of energy. In Alaska, the Husky was used by dog owners that competed in the All-Alaska Sweepstakes – a 408-mile dogsled race. The breed is continually used as a competitor in the race to this day.

In the winter of 1925, Nome, Alaska was hit with a diphtheria epidemic and needed antitoxin urgently. The city was in a remote part of Alaska and hard to reach. A team of 150 sled dogs made what is known as the Great Race of Mercy to deliver the antitoxin 674 miles across Alaska. The trip took only five and a half days and saved the city of Nome and its surrounding communities.

The Huskies that were part of the dog sled team became famous because of the rescue efforts and Balto, the lead sled dog on the final stretch of the run gained notoriety. A statue was erected in New York City in Central Park to honor Balto and his lifesaving measures.

The Siberian Club of America was created in 1938 and the AKC recognized the breed in 1930.

The popularity of the Husky has stayed on a steady course. The playful and mischievous Husky is the 12th most popular dog breed in America and just continues to grow. Whether it is the dramatic and alluring appearance of the Husky that draws you in or their nonaggressive nature, one thing is certain; the Husky makes the perfect pet for people of all ages.